Floor Eimers with her award.Photographer: Michel Schnater * Floor Eimers (…) developed into an extremely gifted dancer with  enormous physical strength, remarkable technical talent and an  outspoken stage personality. (…) Floor is also a true ambassador  for Dutch dance outside the dance podium. (from the jury report)* Award presentation by Alexandra Radius during the premiere […]

Earlier this week, Robert Webb announced that he was withdrawing from Strictly Come Dancing, and Ugo Monye has a bye for one week due to a back problem. View this post on Instagram A post shared by Ugo Monye (@ugomonye) Adam & Katya: Argentine Tango to Tango in the Night by Fleetwood Mac AJ & […]

After 21 months away San Francisco Ballet will return in December with 29 performances of Artistic Director Helgi Tomasson’s Nutcracker.

A photo album and roundup of the critic’s reaction to Akram Khan’s new work for English National Ballet, Creature. Photos are by Dasa Wharton.

From today, 11 October, Italian theatres return to 100% capacity after months of struggling with an income from 50% houses.

Silvia Gribaudi's 'Graces' - a humorous and ironic show for four performers - left me cold, though it had many rolling in the aisles. 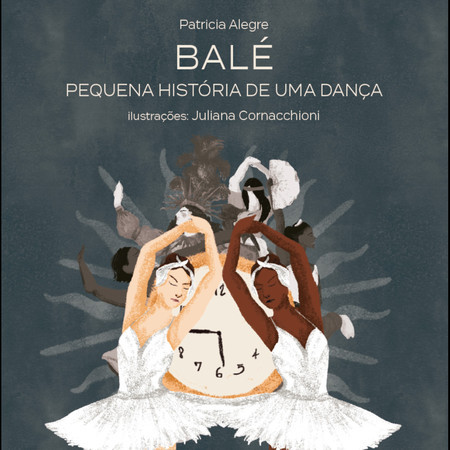 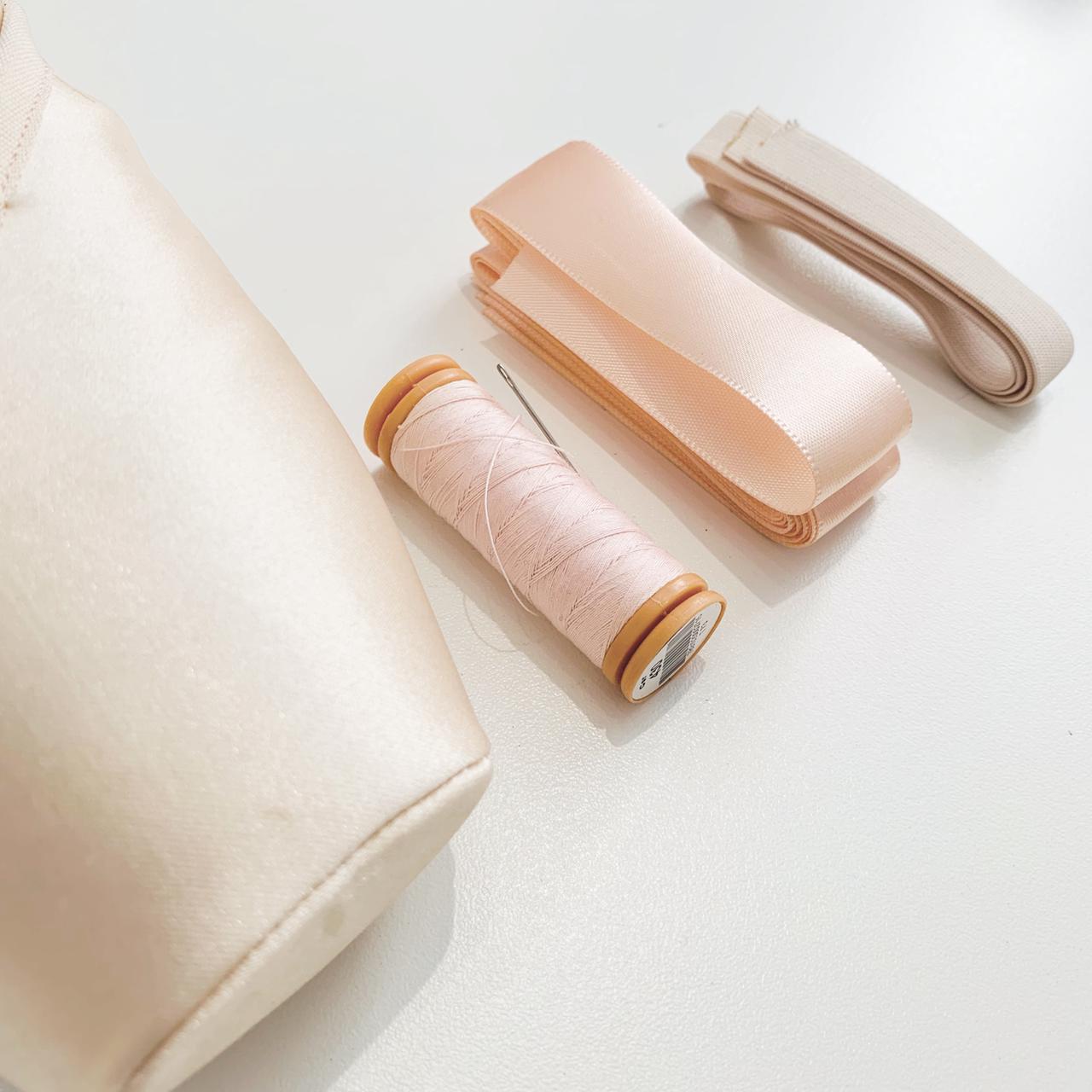 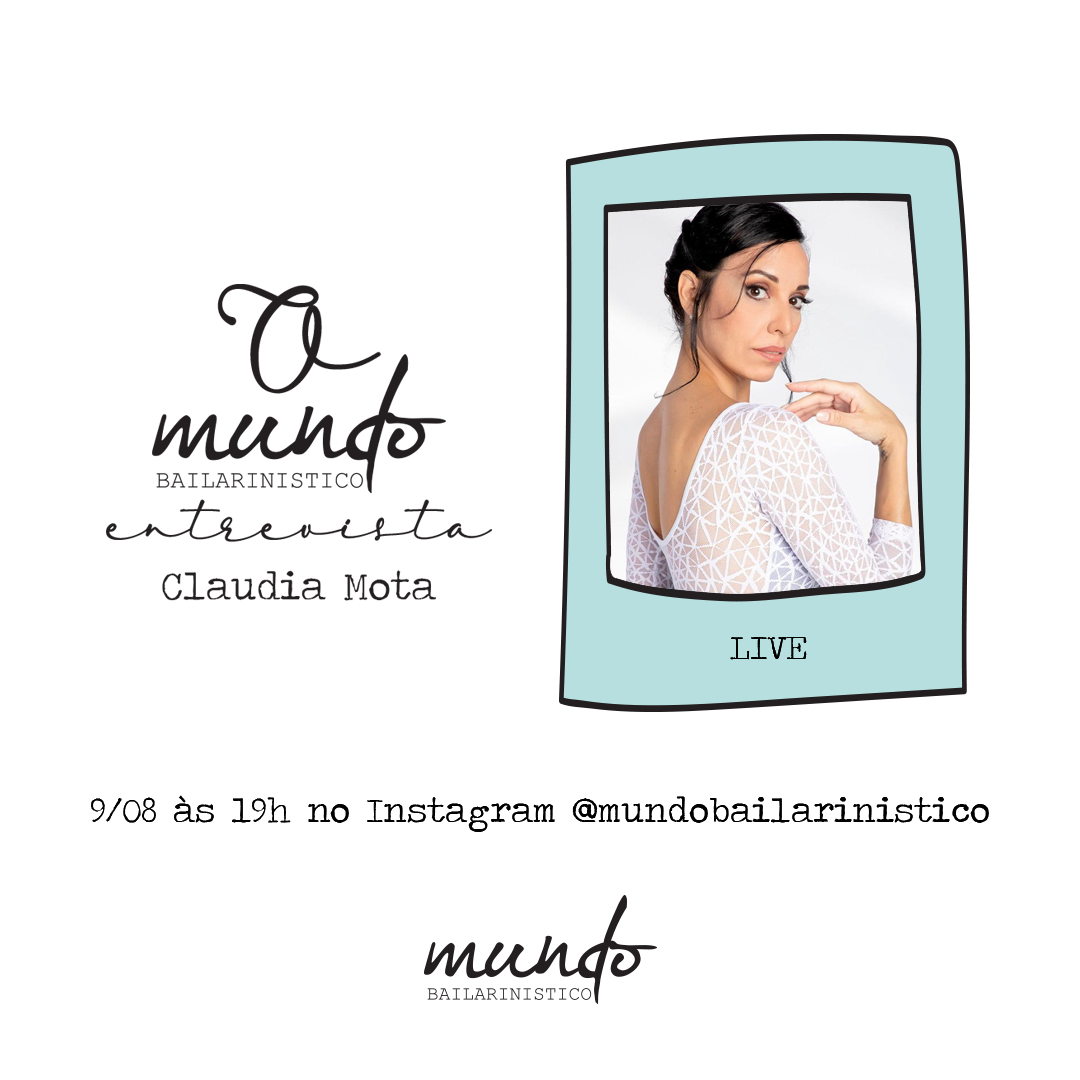 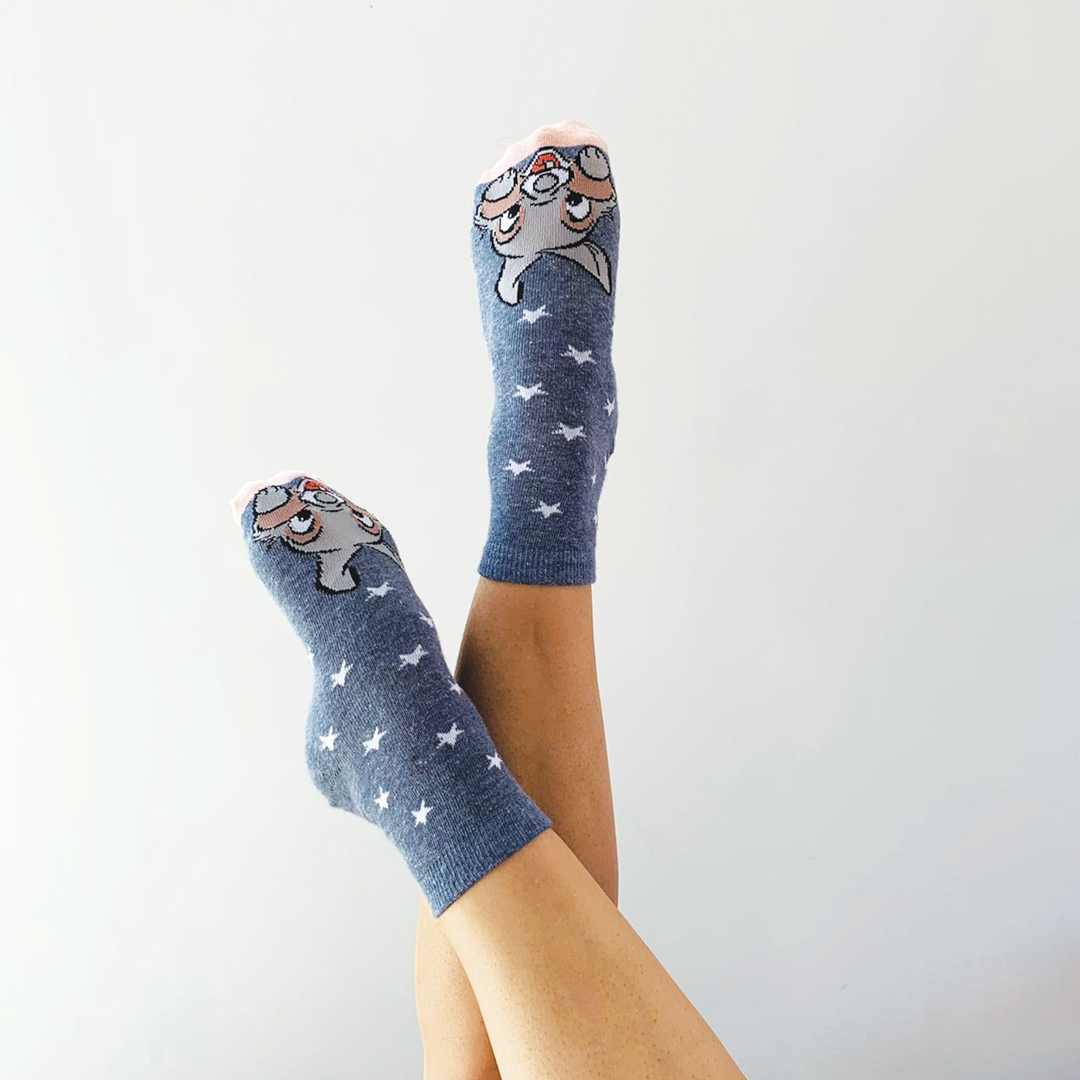 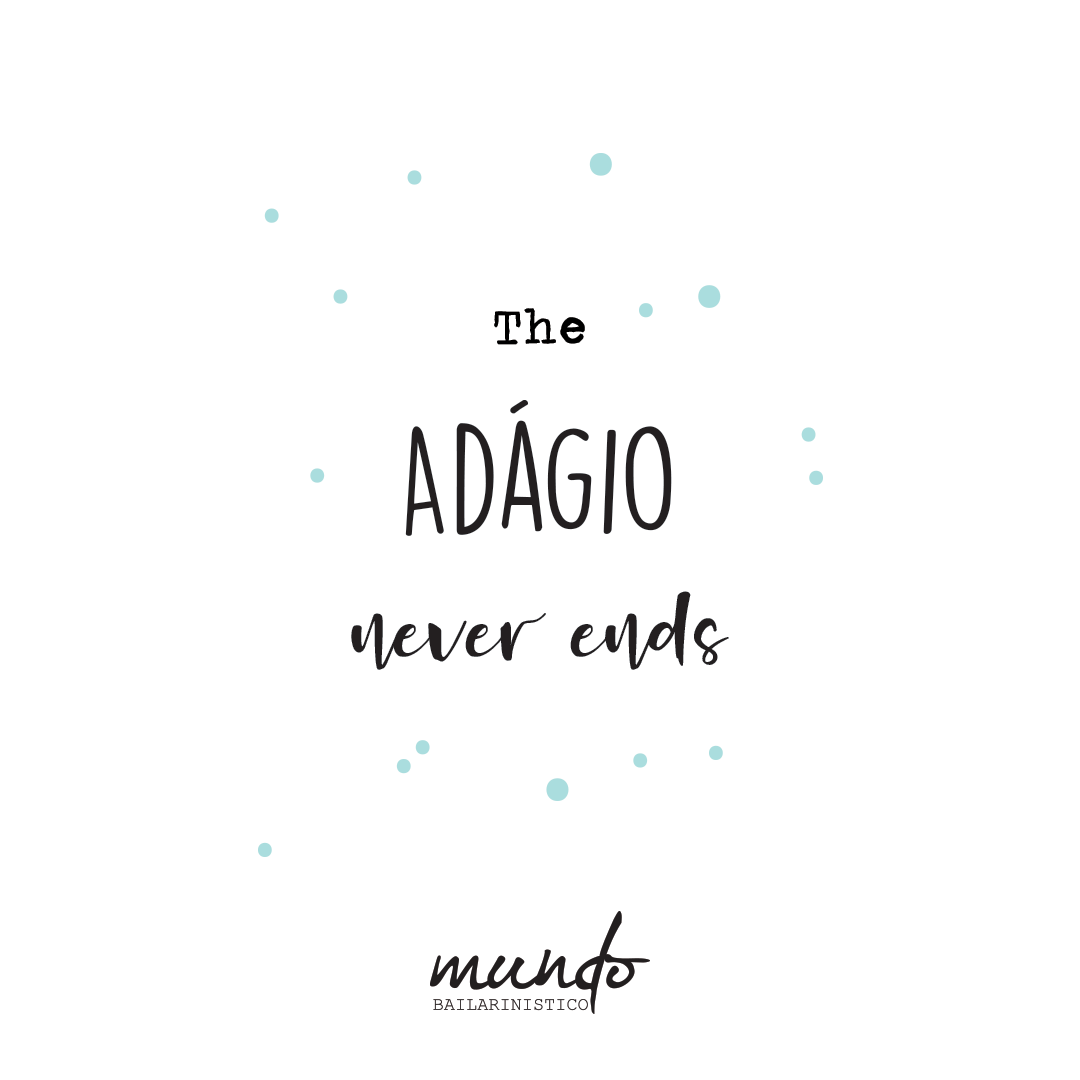 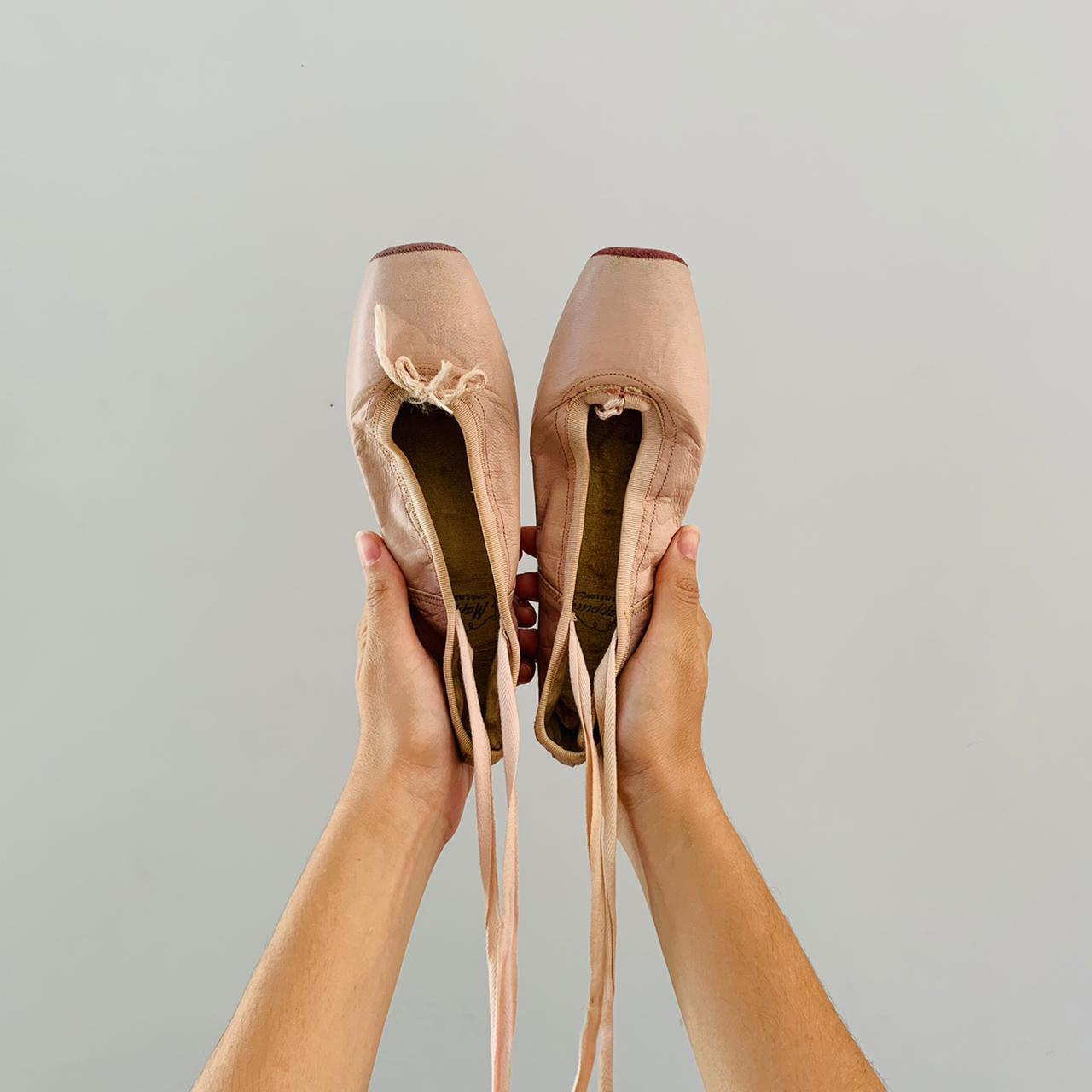 There’s nothing like experiencing a live dance performance to put the spring back in our steps. And what could be better than the Northern Ballet’s production of Dangerous Liaisons performed at Sadler’s Wells to arouse the senses? A tale of lust, deception and manipulation set in 18th century France, it follows the malicious deeds of…

The post THE NORTHERN BALLET’S DANGEROUS LIAISONS appeared first on The Wonderful World of Dance Magazine.

Ballet is back! English National Ballet’s Reunion takes to the stage
19 May 2021 - Savannah Saunders Oh to be back at the ballet! Even with masks and social distanced seating, it was pure bliss to be back at Sadler’s Wells Theatre in London. We’ve all waited so so long for the return of live dance and English National Ballet‘s Reunion programme was curated to bring us joy, touch our hearts, mesmerise,…

The post Ballet is back! English National Ballet’s Reunion takes to the stage appeared first on The Wonderful World of Dance Magazine.

On Thursday, May 6, the Festival de Jerez, one of the world’s foremost flamenco and Spanish dance festivals, launched its 25th edition with the world premiere of dancer Eva Yerbabuena’s production Al igual que tú [The Same as You].   Normally in early May, Jerez would be vibrating with the music and dance coming from… Ballerina and choreographer Irina Lerman created her new dance film Exiled Hope in response to the covid pandemic. Currently a lead soloist with Atlantic Ballet of Canada, Irina is originally from Russia where she graduated from the Vaganova Ballet Academy, before working for seven years at the Mariinsky Ballet with renowned ballet coach Irina Chistyakova… The Joffrey Ballet has launched the Joffrey Studio Series, a comprehensive roster of virtual programming — from livestream performances and company rehearsals to pre-recorded conversations — curated by Joffrey artists during the COVID-19 era. Highlights include the world premiere of Bolero, a new 30-minute work by Joffrey Artist Yoshihisa Arai, performed and streamed live from the Joffrey’s Gerald…

FALL is HERE & the LOOK is LASHES
22 September 2021 - David King
Fall is officially here and the look is LASHES. Not just any lashes, faux-mink…
Cross – Training Deep Dive : Rhythmic Gymnastics
12 September 2021 - ashleylorrainebaker
Beautiful lines, stamina, and strength. Elena Baltovick of Danceology and Emerald City Rhythmics discusses art and sport.
The Throwback that Inspires
9 September 2021 - Elizabeth Weldon
A Ballet Education can sometimes be more than ballet. We through this Thursday back to the movers of today's start and see where they have gone.
Ballerina to Brain Surgeon
6 September 2021 - Elizabeth Weldon
The dedication of a dancer never dies. Dr. Celina Crisman, MD gives insight on her journey from ballet dancer to surgeon.
Sunday Self Care: For the Dry Skin Dancer
5 September 2021 - ashleylorrainebaker
Masks for the hair and skin that will get you ready for the week ahead. 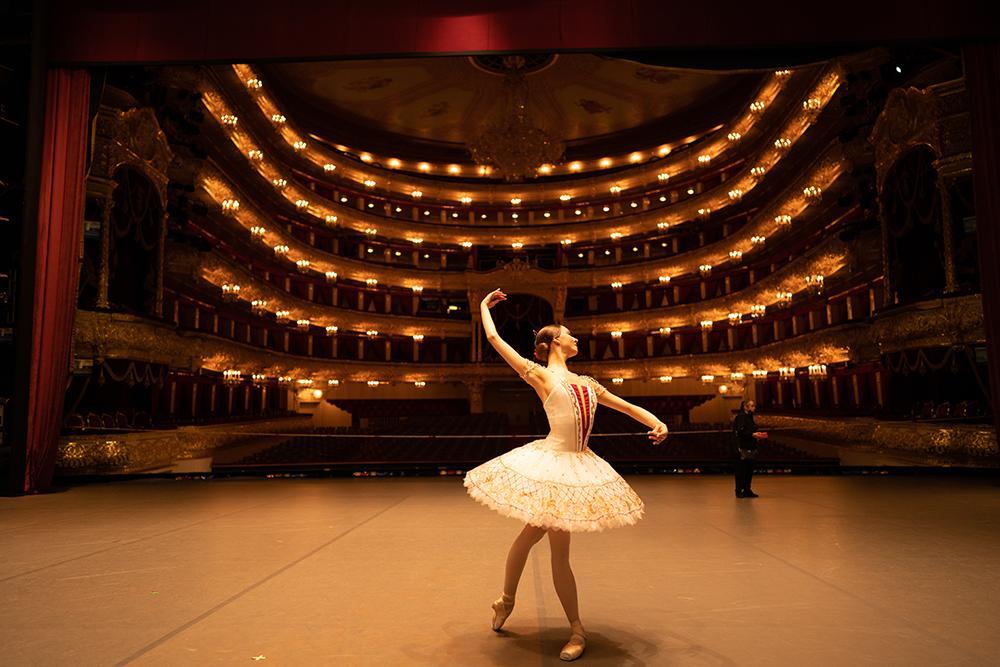 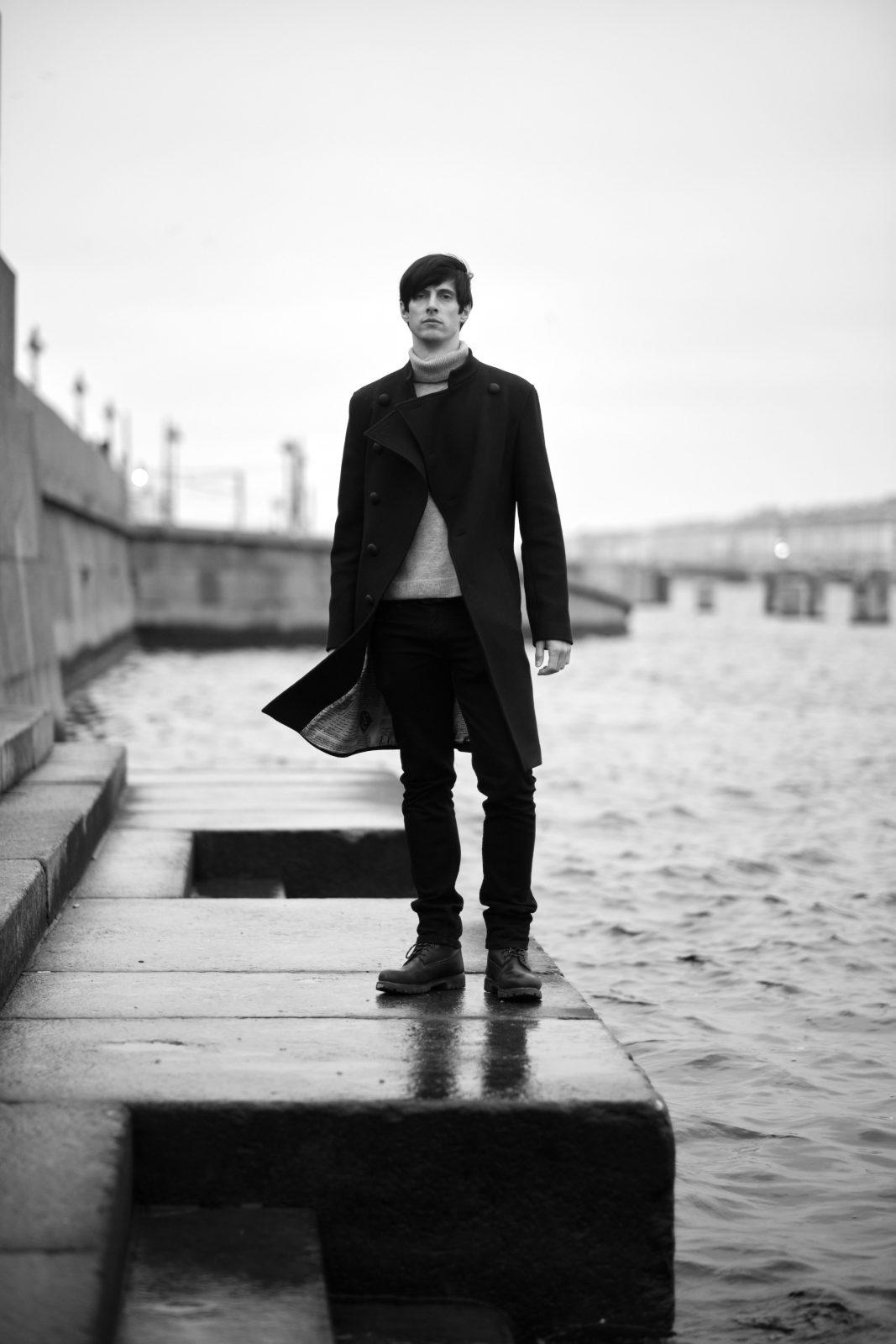 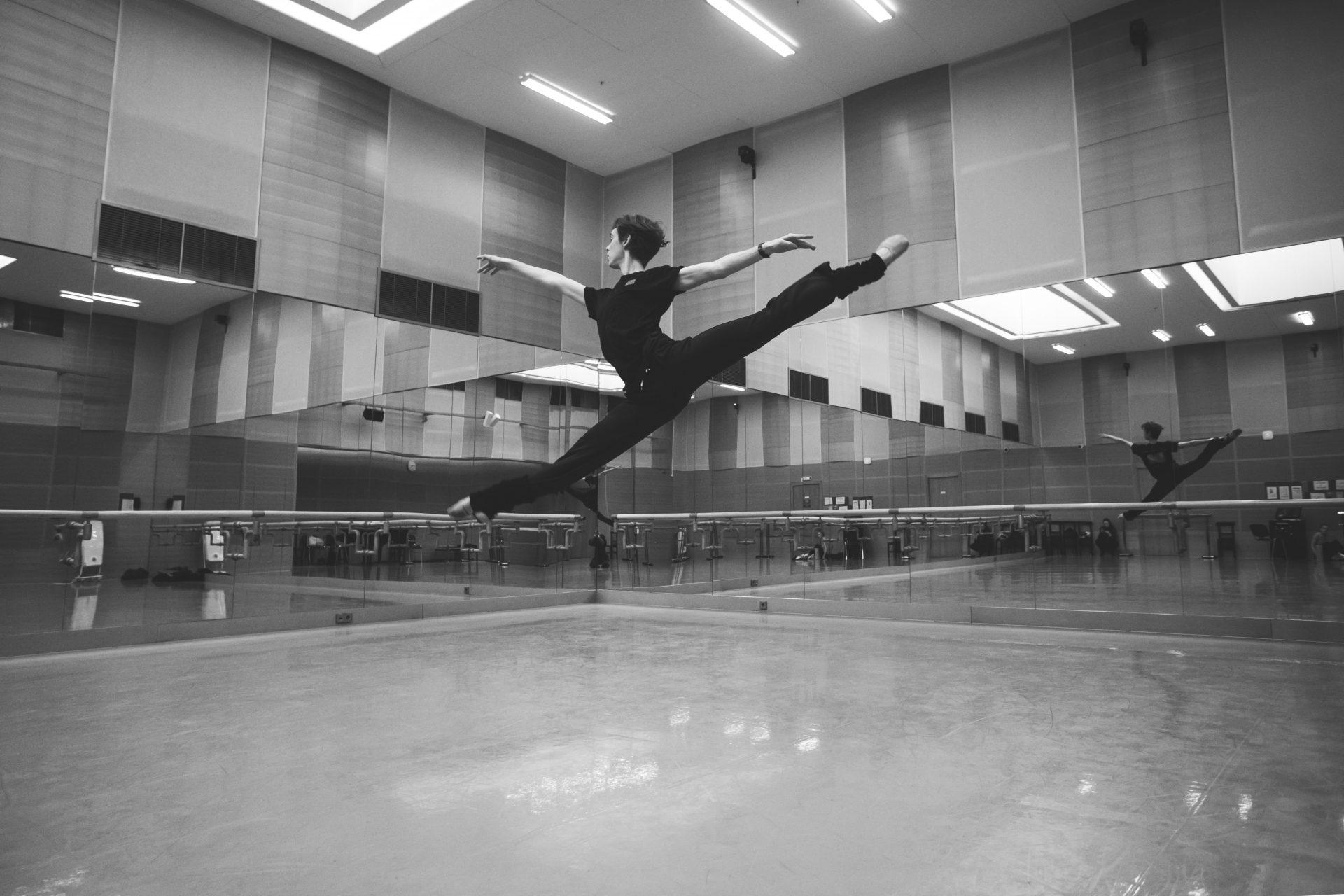 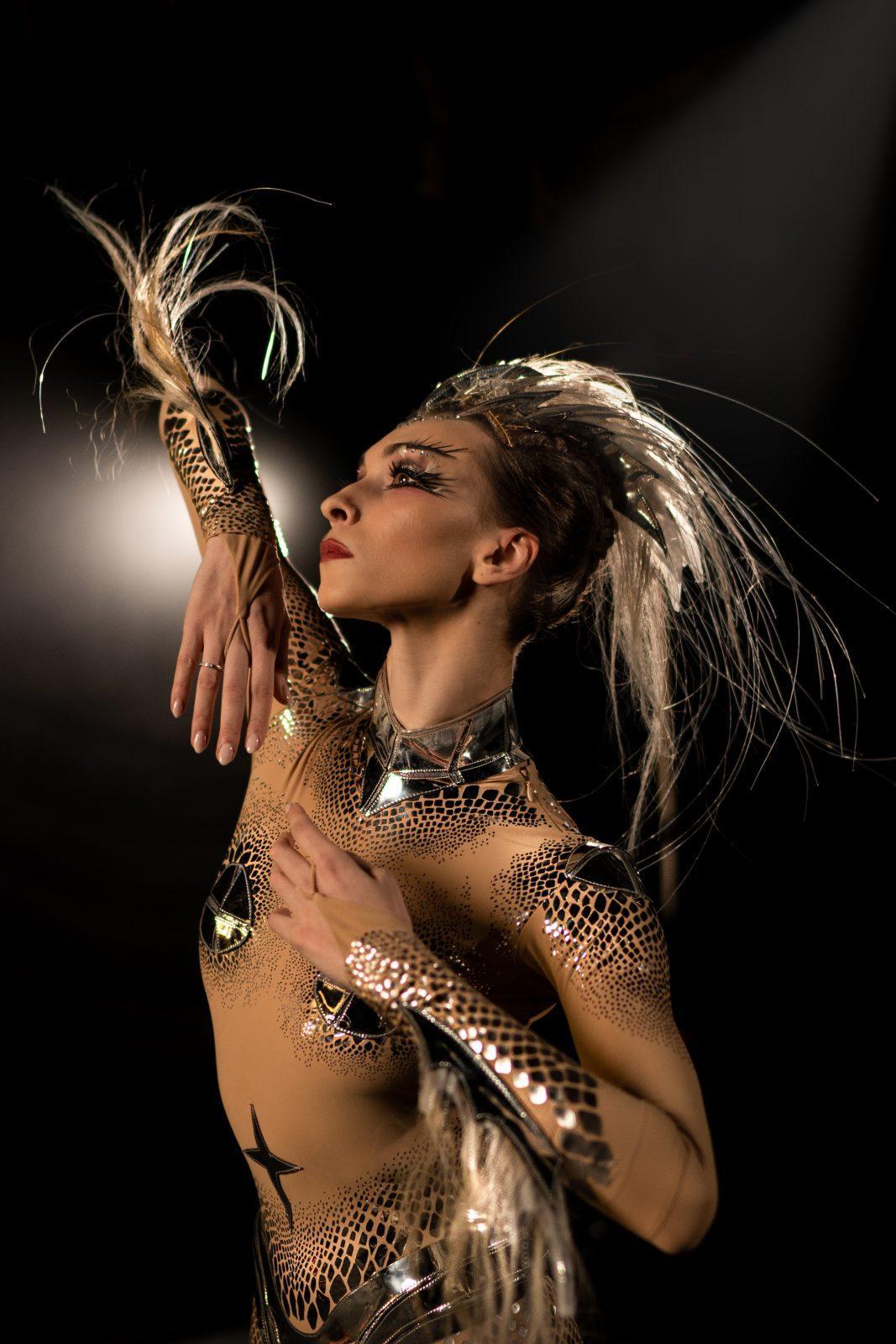 Original article The Universe By Thierry Mugler on La Personne. 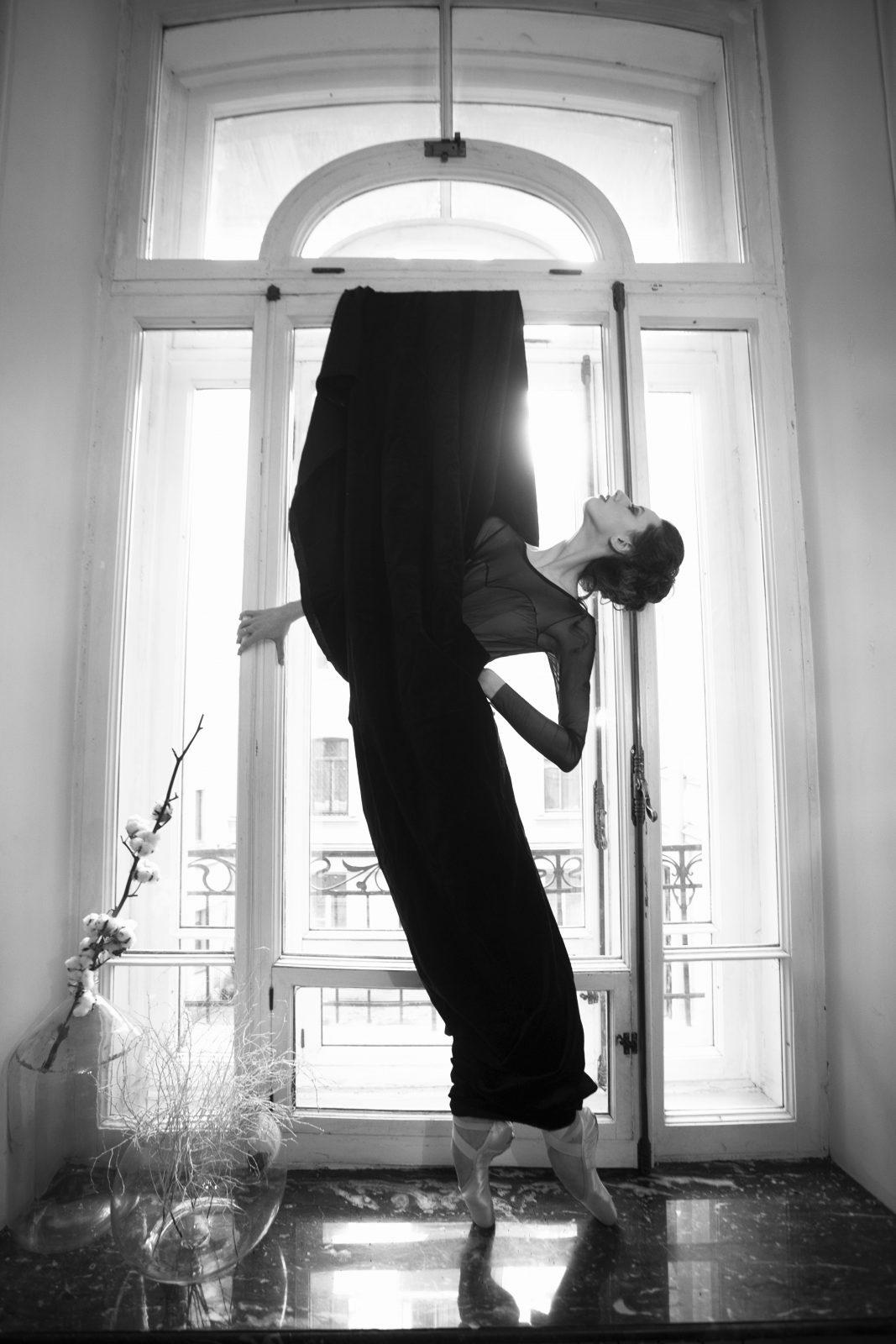 Beginners and re-starters please ask away as comment in this sticky. Don't forget to read the 'side barre' and take a look at previous Am I too... posts

I’m so excited! Today I went in class and my teacher tested me for pointe and I passed!!! We are meeting to actually buy the shoes next weekend at the dance store by my studio. 🙂

So I have an audition coming up for my dream ballet school (zoom audition) and I was wondering if anyone has any advice for me? I already asked my ballet for her advice and she gave some helpful advice. All help is appreciated- thanks!

For his new ballet, Wayne McGregor has enlisted some big hitters. Dante Alighieri for one, Italy’s greatest poet, author of The Divine Comedy, which McGregor reimagines here, but living artists, too: composer Thomas Adès, writing his first score for dance, and artist Tacita Dean, creating her first designs for the stage. It’s also the final principal role to be danced by Edward Watson, as Dante, after an extraordinary career.

Dean’s first backdrop, her image of a freezing hell, is a vast, chalk-drawn upturned mountain, an incredible piece of draughtsmanship. But it is Adès’s score (which the composer conducts) that really sets the tone. Full of riches, it shimmers, growls and rumbles, glints and slides. In Inferno he’s definitely in the devil-has-the-best-tunes camp, sometimes soaring into Romanticism, sometimes rollicking like a night at the circus. It’s so far from the kind of music McGregor usually choreographs and it forces new invention, making dance to relish, more classical than usual in places, but also more characterful, even comical. There’s Joseph Sissens and Paul Kay doing a near vaudeville act as Soothsayers; and Mayara Magri and Melissa Hamilton, grabbing, pushing and headbutting as the Wrathful, all still within the realms of the choreographic language.

When Wayne McGregor’s reimagining of epic poem The Divine Comedy opens at the Royal Opera House on Thursday, it will be seven years since he sent the first email to composer Thomas Adès proposing a collaboration. But however long a ballet is in the planning, the crafting of the choreography always comes down to the wire, crammed into the final weeks.

“For me that’s perilous but I just have to go with the flow,” says artist Tacita Dean, who has designed the production. “I think the adrenaline is important for the dancers,” she says, “the fact that it’s very fresh and unlearned.”

One line that always produced a laugh from audiences watching the film Billy Elliot was: “What’s best, to be a ballet dancer or to be a miner?” The photographer Colin Jones, who has died aged 85 from Covid-19, would not have thought this such a funny question. He had worked in one of those worlds as a dancer touring with the Royal Ballet and had documented the other with superb photographs, published in the Observer and the Independent magazines and in a book entitled Grafters (2002). He also did important work for the Sunday Times, in particular The Black House project in the 1970s, leading one critic there to describe him as the George Orwell of British photojournalism.

Colin became fascinated by the working lives of miners on his first assignment for the Observer after leaving the Royal Ballet in 1962. He was sent to cover some early pit closures in the north-east and later told an interviewer: “It may sound strange, but I found so many similarities between the lives of miners and ballet dancers. There was the same dependence on strength, fitness and endurance, the same comradeship of a tight-knit community doing a job. And when they finish work, they’re both physically exhausted and drenched in sweat – though miners are covered in coal dust and their work is full of dangers.”

Continue reading...
Royal Ballet Beauty Mixed Programme review – in the theatre, I would have been sobbing
18 July 2021 - Sarah Crompton

As dance shakes out its post-lockdown limbs, one thing is clear: the online sharing of performance is here to stay. It gives companies an opportunity to reach a much wider public than could cram into the theatre on any given night – and offers those who can’t see something live an opportunity to be part of the experience in a different way.

When I was forced to miss the Royal Ballet’s recent Beauty Mixed Programme at the Royal Opera House, it felt like a real boon to be able to catch up digitally with a programme that celebrates the company’s 90th anniversary with a bill of variable quality and interest, but absolute commitment to its founder Ninette de Valois’s mantra of “adventurous traditionalism”.

The Royal Ballet star, who is swapping the Covent Garden stage for Stanford University, talks about what she will and won’t miss most about dancing

You hear of dancers’ careers being ended by injury, or of them retiring with a heavy heart in their 30s or 40s. But it’s almost unheard of for a ballet dancer to walk away from the stage when they’re still on the up. That’s what Beatriz Stix-Brunell is doing. After 11 years at the Royal Ballet, the 28-year-old American is taking up a place at Stanford University in California. She has impressed in leading roles from Alice’s Adventures in Wonderland to Jacqueline du Pré in The Cellist (for which she was nominated for a National Dance award), and might have been promoted to principal. So why leave now?

“I always knew I wanted to go back to school at some point,” she says. “Ballet is so intense, you have to have tunnel vision and it does become a bubble. You give so much of yourself and you’re fine making those sacrifices because you love it so much, but there are so many parts of me that I haven’t discovered yet. It feels like a good time to step into this new chapter.” Ah, Strictly theme weeks: synonymous with high drama, rampant scoring inflation, and a heady mix of glamour and the dredges of a three-year-old’s dressing-up box. This Movie Week was no exception: we got 10s; we got tears; and we got costumes that are so psychologically scarring that they will actually be the last thing I […] Welcome to the Thunderdome! Week 1 was all pats on the back for even finding your way into the studio; now, the real Strictly judging begins. Well, sort of. Once again, we found our panel in a mercurial mood, dishing out everything from 3s to 9s with the whimsy of a giggling child dictator. Most […] We’re off! This opener had everything we love about Strictly: dance, drama and dance-drama; a bewildering costume lottery; Tess patronising people to within an inch of their lives; scoring that began sane and then descended into utter chaos; and, most important, contestants we’d never heard of before this claiming a place in our hearts.  On […] Marianka Swain introduces the Class of 2021 Hurrah, we’re back! Hello, fellow Strictly watchers – I’m so glad that our Saturday nights are sparkly once more. The show really got me through the darkness of winter 2020 and it promises to be a joy again, this time with a full run, a cast of 15 […]

It isn’t unusual to feel reflective at the start of a new year, but as winter 2020 turns into spring 2021, I’m feeling more pensive than I have in recent years. I’ve written before in the pages of Dancing Times about how lucky I am to be living a dancing life that, though adapted, is […] 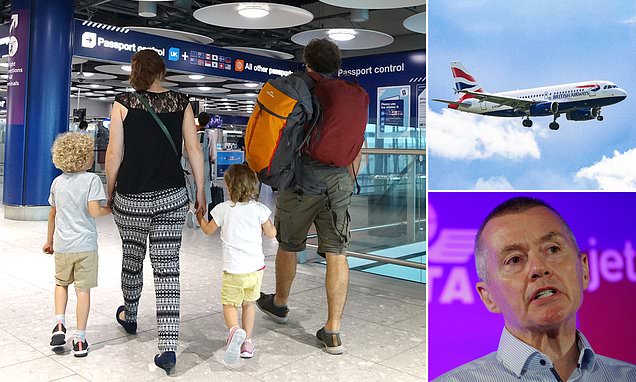 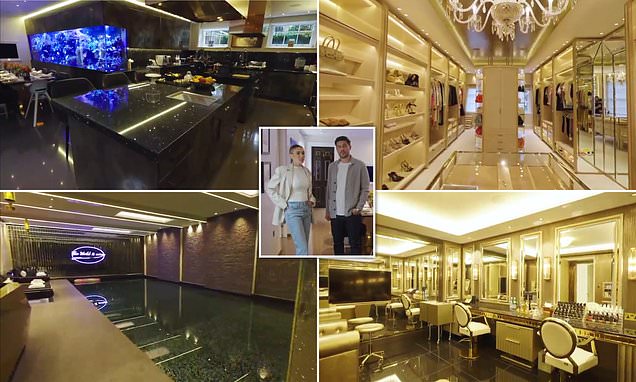 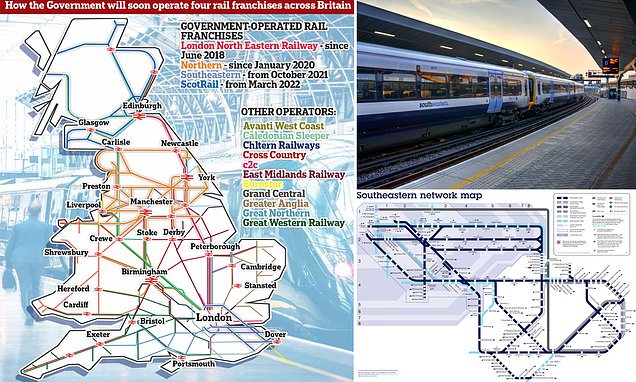