Skip to content
Afghanistan earthquake: Survivors count horrific cost
24 June 2022
Near the epicentre of the quake that struck Afghanistan this week, houses lie in ruins.
The moment a woman was saved from rushing flood waters in China
25 June 2022
It took rescue crews multiple attempts to reach the woman who was clinging to her car.
USS Samuel B Roberts: World's deepest shipwreck discovered
24 June 2022
The US Navy ship "Sammy B" sank off the Philippines in a ferocious WWII battle with the Japanese.
Chess: Russia and Ukraine face off in India amid war
24 June 2022
Russia's Arkady Dvorkovich will take on Ukraine's Andrii Baryshpolets for the top post in chess administration.
Agnipath: Where Indian army job dreams are made and broken
24 June 2022
Inside coaching centres where desperate young people study to get a job in the armed forces.
Vietnam Communist Party head says officials in bribery scandal apologized
24 June 2022

The larger prison, which will replace a three-room facility, is nearing completion.
Arrests in Rakhine raise fears of renewed conflict between military, Arakan Army
24 June 2022 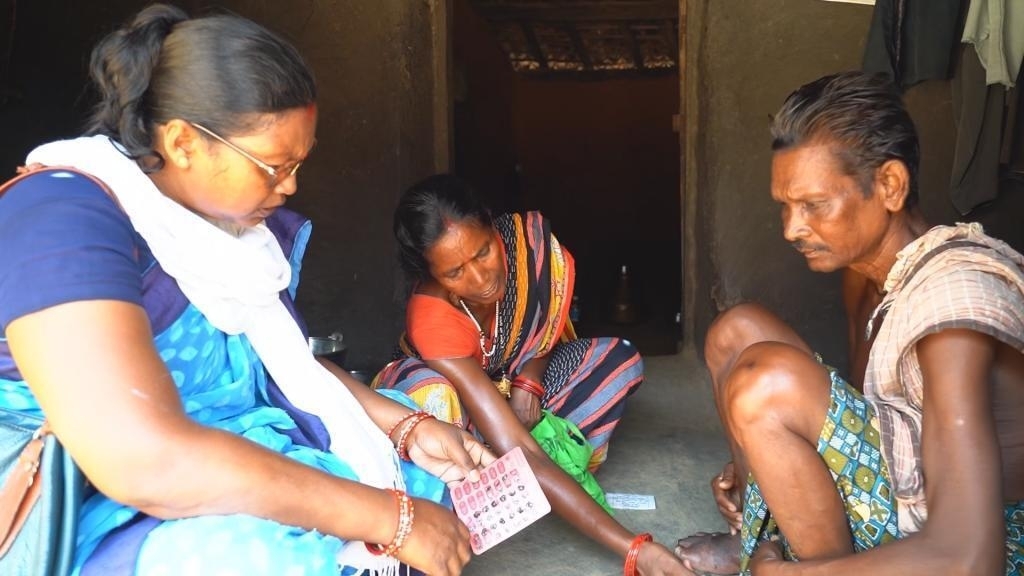 In India, over a million female healthcare workers known as "ASHA" ("hope" in Hindi) work tirelessly to help the country's poorest. Last month, the WHO honoured their hard work with its Global Leaders Award. Over the last 16 years, these women have become the backbone of India's healthcare system, especially for the hundreds of millions of Indians who live in rural areas. But today, they are fighting for better pay and recognition from the government. Our correspondents report.
Afghanistan ends search for survivors of devastating earthquake
24 June 2022 - FRANCE 24 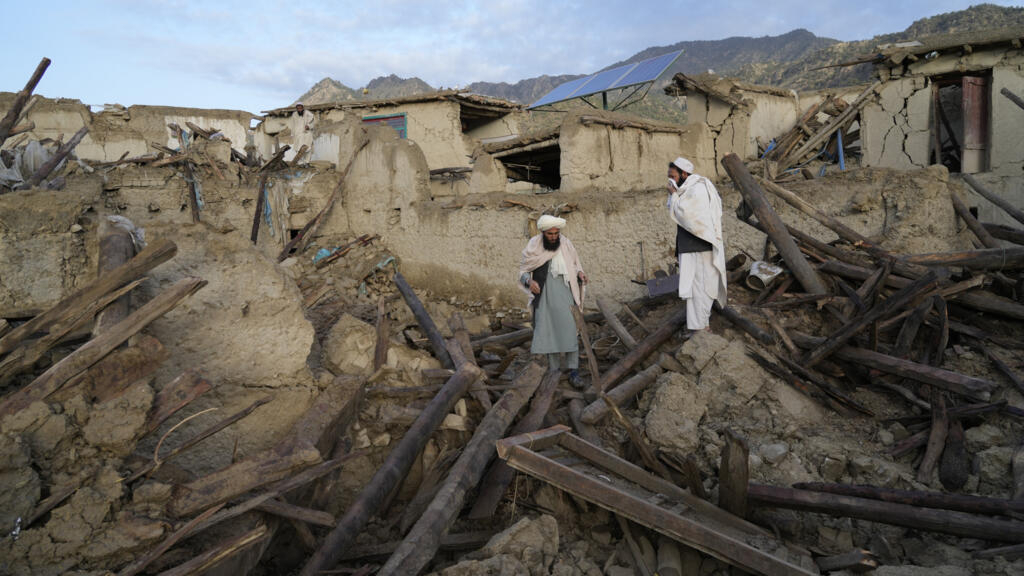 Authorities in Afghanistan have ended the search for survivors of an earthquake that struck on Wednesday, a senior official said on Friday, adding that supplies of medicine and other critical aid were inadequate.
Iran replaces Revolutionary Guards’ intelligence chief amid recent deaths of officers
23 June 2022 - NEWS WIRES 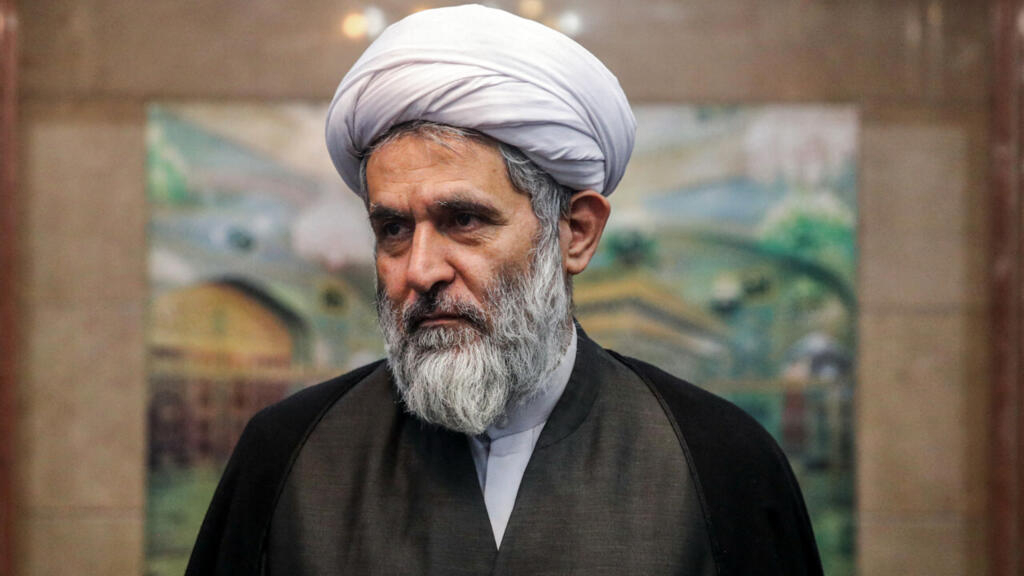 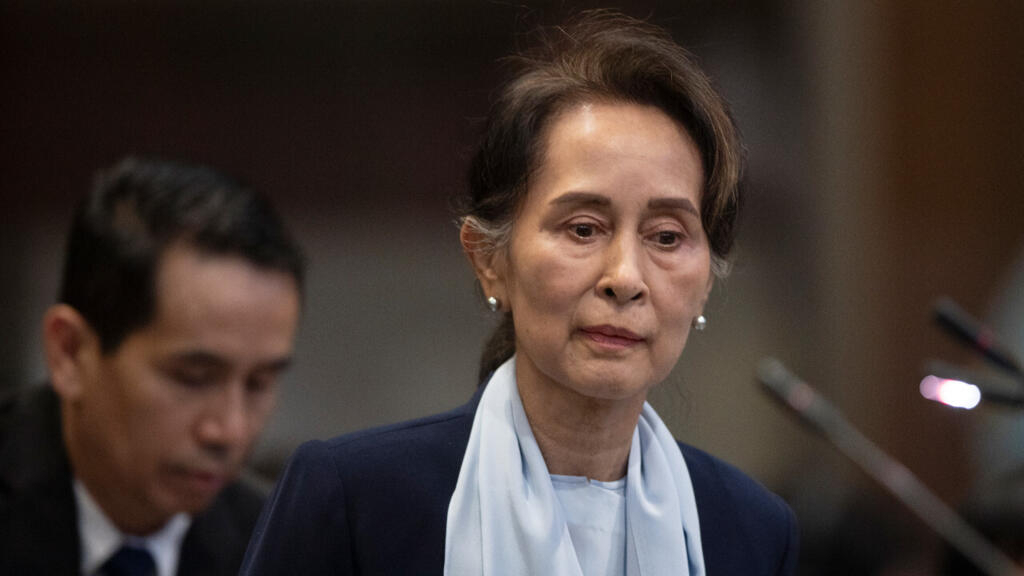 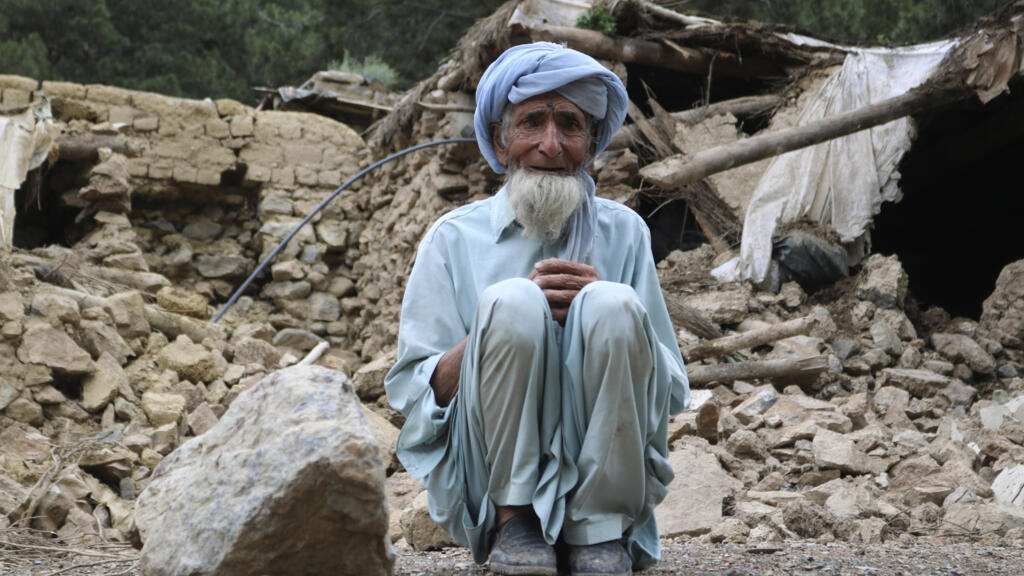 Afghan authorities struggled on Thursday to reach a remote area hit by an earthquake that killed some 1,000 people but poor communications and a lack of proper roads hampered their efforts, officials said, as the country's supreme leader pleaded with the international community for help.
'What do we do when another disaster hits?' Afghans face crises on all fronts after quake kills 1,000
24 June 2022 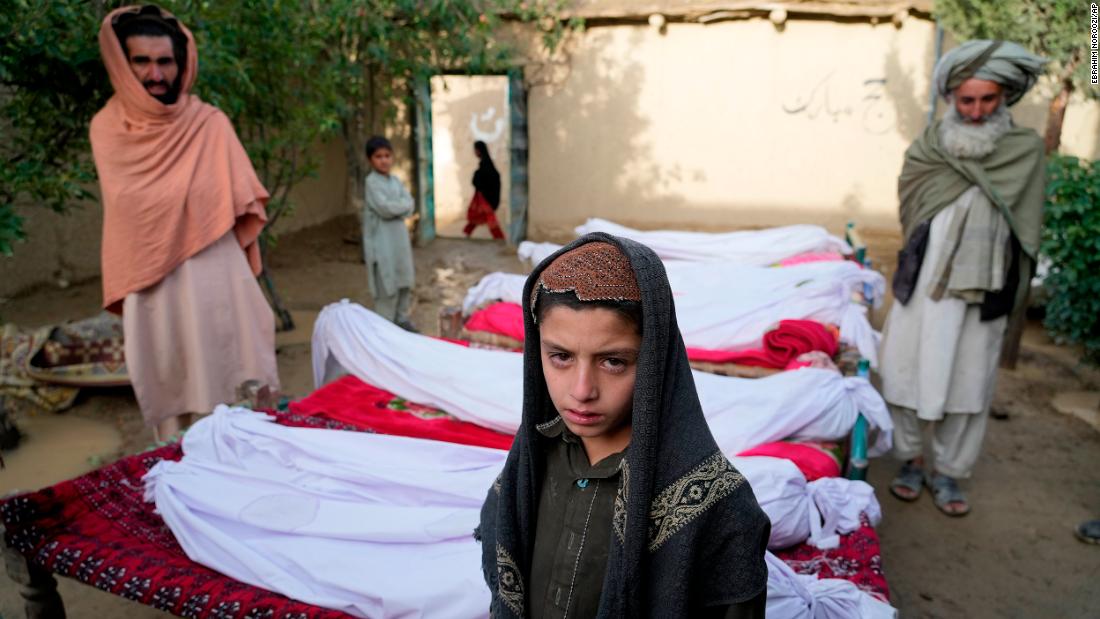 Aid groups scrambled on Thursday to reach victims of a powerful earthquake that rocked eastern Afghanistan, killing more than 1,000 people in an area blighted by poor infrastructure, as the country faces dire economic and hunger crises.
Afghanistan

Eighteen people have died after a mass attempt to cross from Morocco into Spain’s enclave of Melilla.

About 2,000 people approached Melilla at dawn on Friday and more than 500 managed to enter a border control area after cutting a fence with shears, the Spanish government’s local delegation said in a statement.

British celebrities have urged Commonwealth leaders in Rwanda to oppose the UK’s plan to deport refugees to the country, saying it shows a “colonial view” of Africa as a “dumping ground”.

It comes as a summit of Commonwealth prime ministers and presidents is under way in Kigali, the first time the gathering has been held since 2018.

A hostel that has been leased by the Rwandan government to house asylum seekers from the UK is making preparations to accept children.

The Hope hostel in Kigali is building outdoor facilities that will include football pitches, basketball courts and outdoor toys for any children who are flown to the east African country.

The Prince of Wales has told Commonwealth leaders that keeping the Queen as head of state or becoming a republic is “a matter for each member country to decide”.

Charles made the comments during the opening ceremony of a summit of Commonwealth prime ministers and presidents in Rwanda. He said he believed such fundamental changes could be made “calmly and without rancour”.

Continue reading...
Ukrainians who come to UK illegally could be sent to Rwanda, Johnson says
23 June 2022 - Rajeev Syal in Kigali and Diane Taylor

Ukrainian refugees face being sent to Rwanda if they travel to the UK without authorisation, Boris Johnson has said in an escalation of government plans to deport those who travel across the Channel seeking sanctuary.

During a visit to the Rwandan capital, Kigali, the prime minister also urged Nato and G7 countries not to settle for a “bad peace” in the conflict between Ukraine and Russia, saying it would lead to escalation by Vladimir Putin’s war machine.

Politicians from 11 European countries condemned the Rwanda-UK scheme. But it emerged that Johnson did not raise human rights abuses when he met the country’s president, Paul Kagame, on Thursday, despite previous indications that he would.

Ahead of a meeting with Prince Charles on Friday, Johnson was bullish in saying he would defend the policy after the heir to the throne reportedly called it “appalling” – but Downing Street and Clarence House sources suggested the subject would not be raised.

The Rwandan government confirmed it has already received £120m from the UK government to house asylum seekers who have yet to arrive, and has spent a proportion of the money. 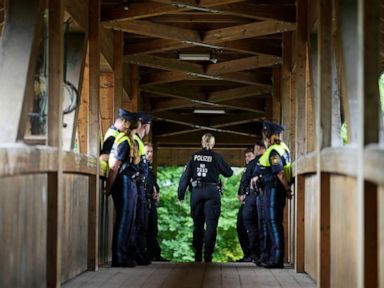 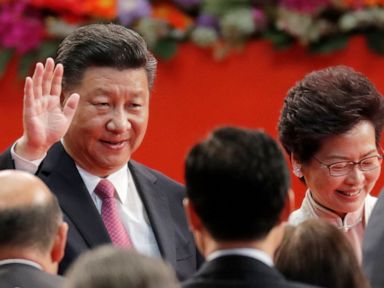 Russian forces are trying to block a city in eastern Ukraine after their relentless assault on the next-door city forced Ukrainian troops to begin withdrawal after weeks of intense fighting
Here we go again: Strike snarls UK trains for a third day
25 June 2022 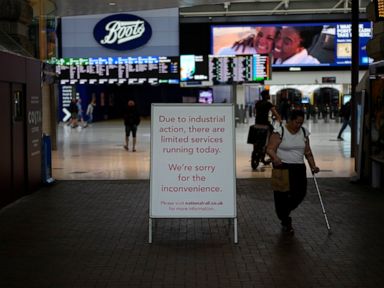 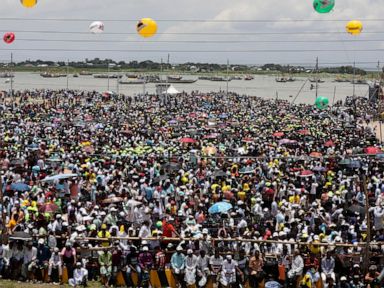 Bangladesh’s Prime Minister Sheikh Hasina has celebrated the opening of the country’s longest bridge, which took eight years to build amid setbacks involving political conflict and corruption allegations
What To Know About the 2022 G7 Summit
24 June 2022 - Sanya Mansoor
The June 26-28 summit offers a key test to demonstrate Western unity amid the war in Ukraine
The U.S. Coast Guard Is Rescuing Haitian Migrants at Sea in Record Numbers
23 June 2022 - Jasmine Aguilera 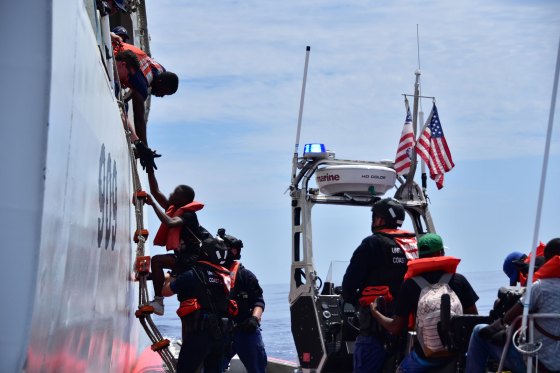 Early last week, a group of 67 Haitians aboard a small, rickety boat waved down the United States Coast Guard about 16 miles southeast of Great Inagua, Bahamas. The boat’s sail was torn, U.S. Coast Guard officials noted, and grainy Coast Guard footage showed its decks were lined with men, women, and children in distress.…
Opening Restaurants in a Glitzy Wild West
23 June 2022 - Rob Chilton
“Dubai is the Wild West,” says Tony Habre, smiling. “In Dubai you either make it or you fail; there is no gray zone. You have to be perfect at everything.” The CEO of Addmind hospitality group is currently making it, operating some of the city’s most well-known restaurants and entertainment venues. But he has teetered…
Summers Are Becoming Unbearably Hot Before They Even Start
23 June 2022 - Emily Barone
"It’s never been this hot so early in the year"
Ukraine Is Granted European Union Candidate Status
23 June 2022 - SAMUEL PETREQUIN and MIKE CORDER / AP
European Commission President Ursula von der Leyen pronounced it a “good day for Europe"
Norway ‘hate’ shooting kills 2 in gay bar rampage hours before Pride march
25 June 2022 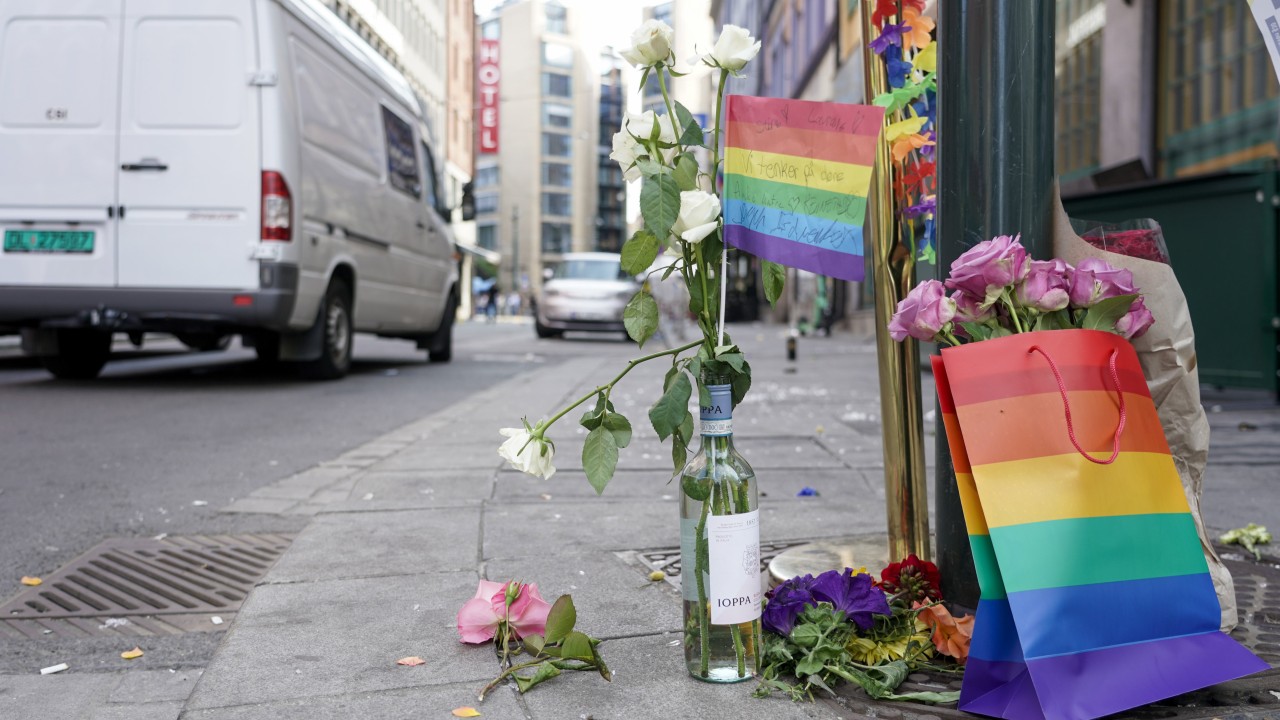 10 people were also seriously injured in the early-hours tragedy shortly before the city’s LGBT community was due to hold its annual Pride event; police have ‘reason to think this may be a hate crime’.
Coronavirus: Hong Kong hospitals can cope with Covid surge, official says, as city logs 1,680 new local cases, 114 imported infections
25 June 2022 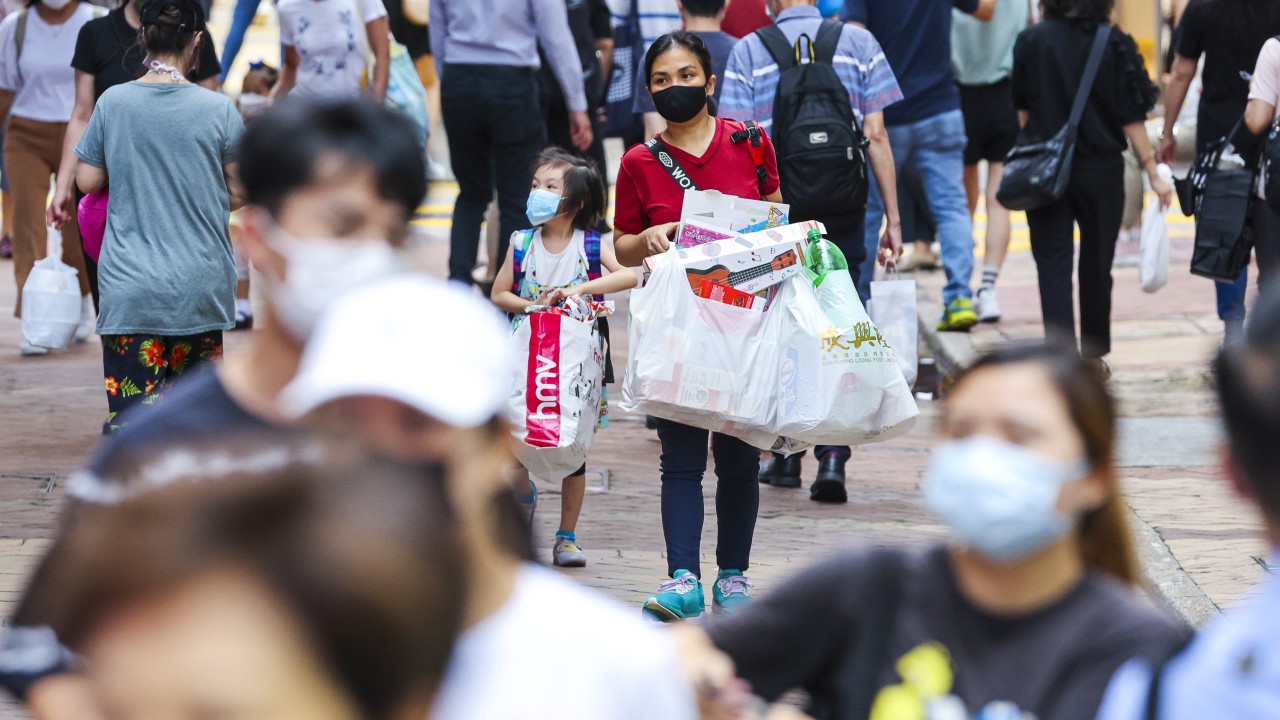 Number of new cases remains in the four-digit range for the eleventh day straight.
Zhang Sizhi, hailed as ‘conscience of Chinese lawyers’, dies in Beijing at 94
25 June 2022 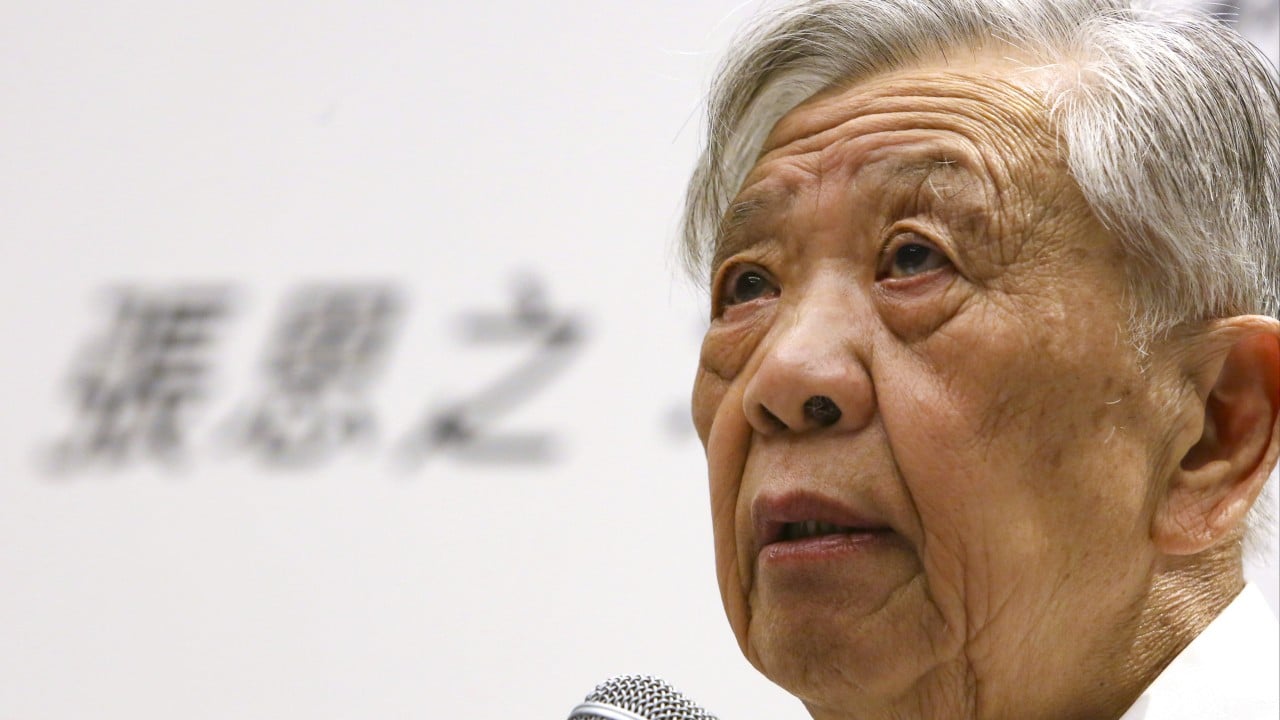 Zhang led defence team in historic 1980 trials of ‘counter-revolutionary’ Gang of Four and those close to disgraced Mao protégé Lin Biao.
Hongkongers all: drawn to the city for different reasons, they call it home
25 June 2022 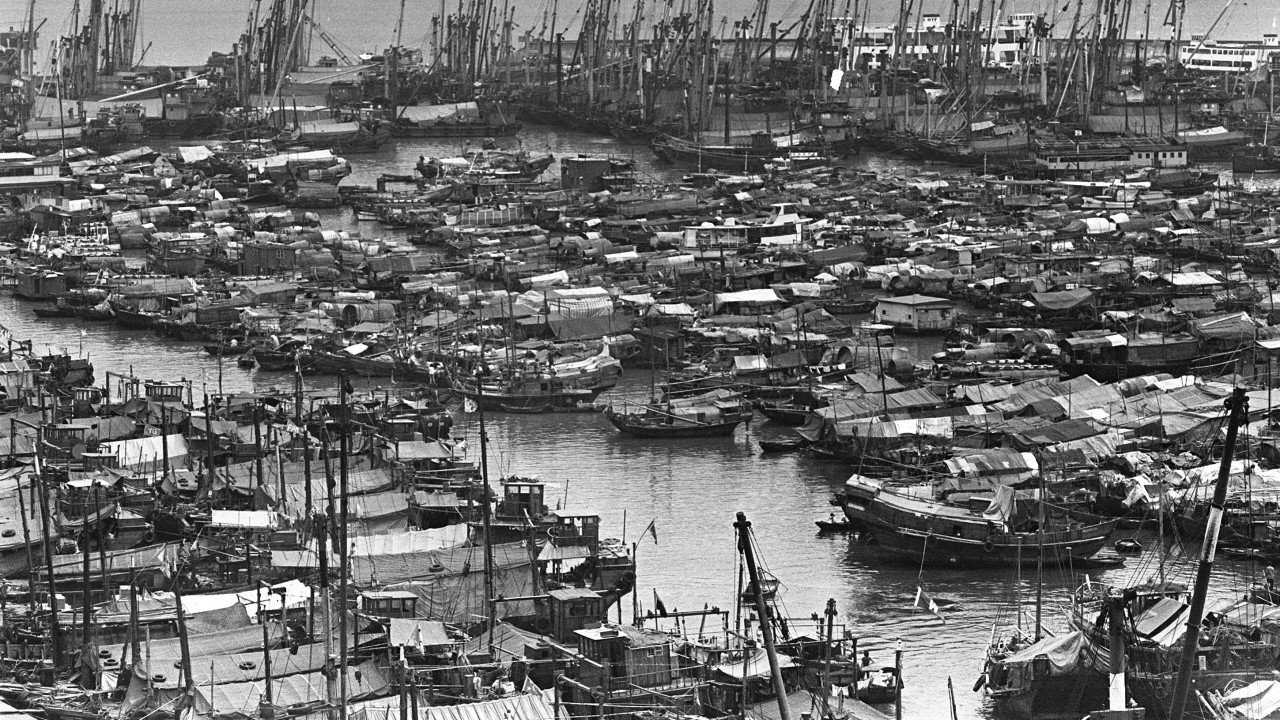 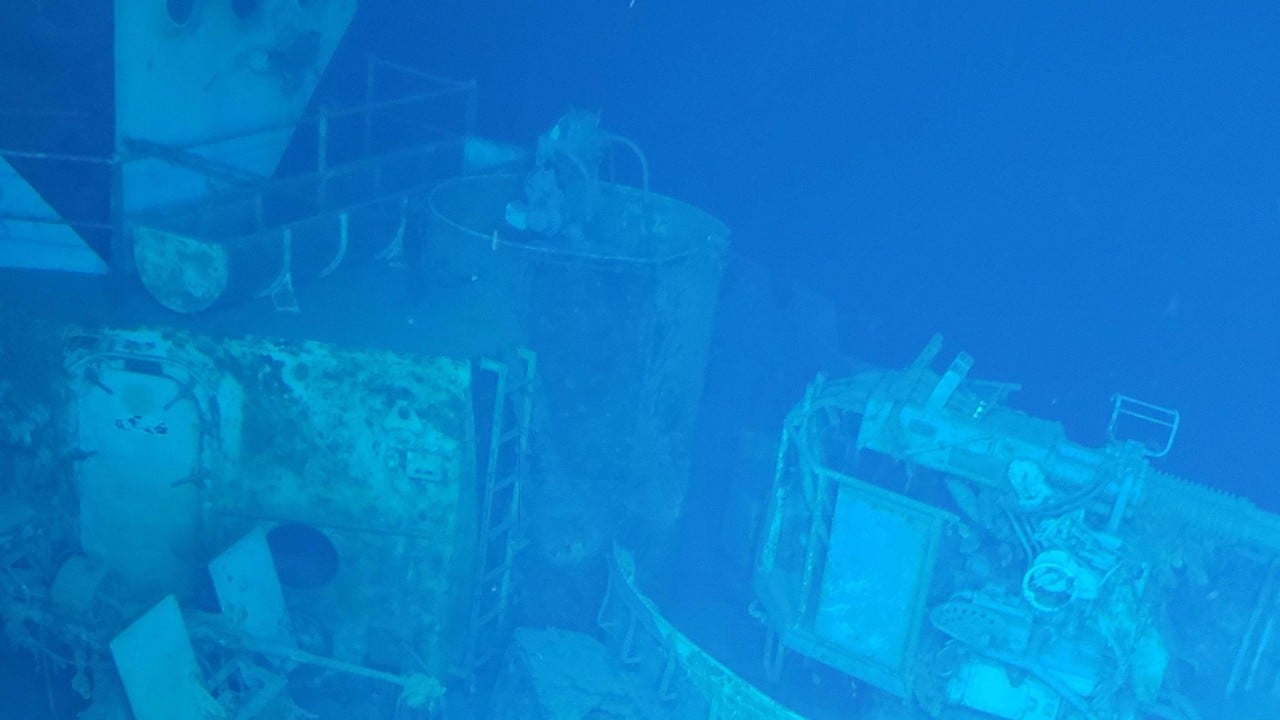 The vessel, which went down during a second world war battle with Japan, was located 6,895m below sea level off the Philippines.
'Deepest shipwreck': US WWII ship found off Philippines
25 June 2022
Ukraine forces ordered to withdraw from key battleground city
25 June 2022
Two killed in Norway 'terror' shooting near bars, Pride parade called off on police advice
25 June 2022 Countries must be careful not to become protectionist, says PM Lee
24 June 2022 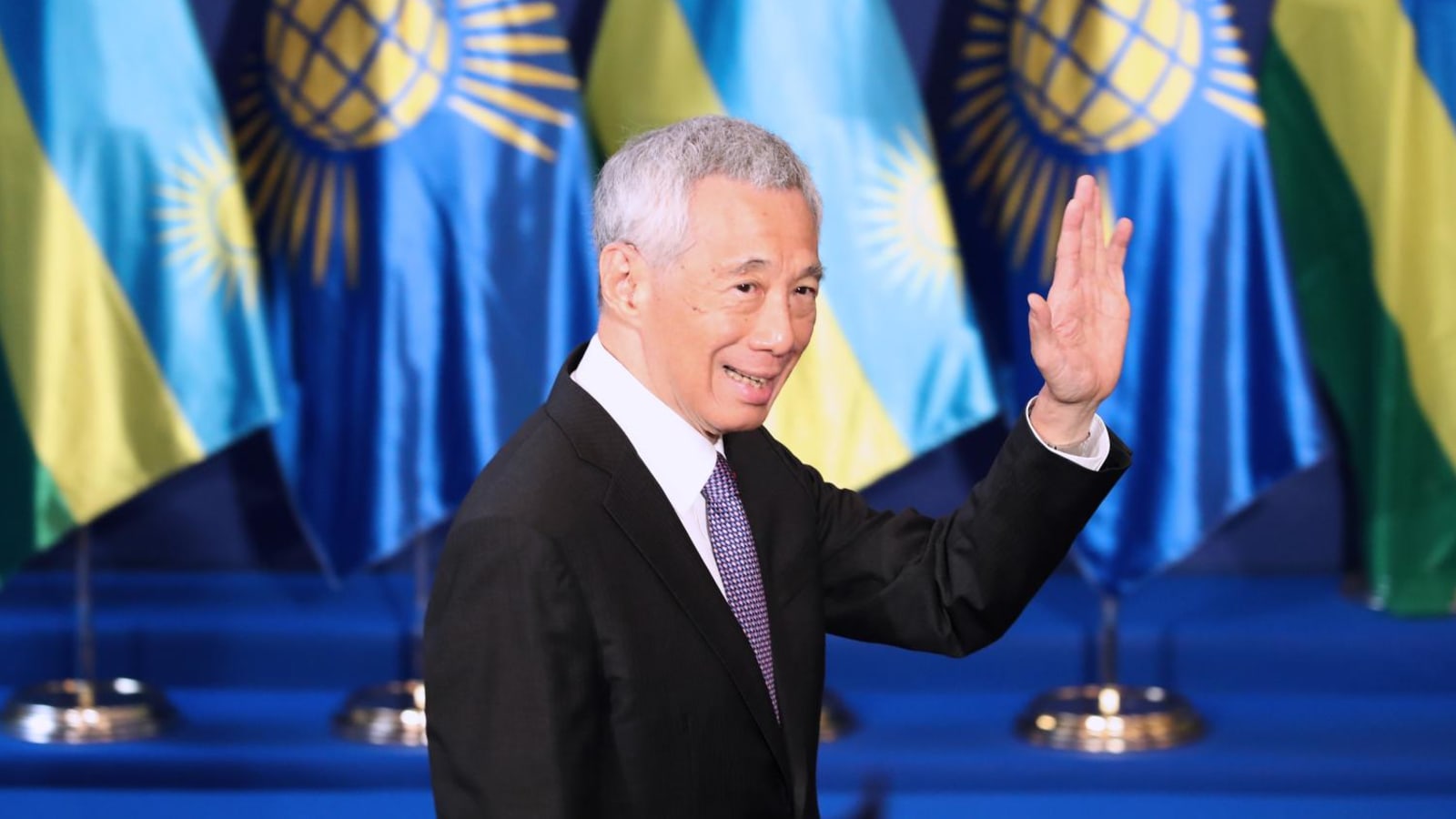 Commentary: In praise of voice notes, the most despised form of communication
24 June 2022 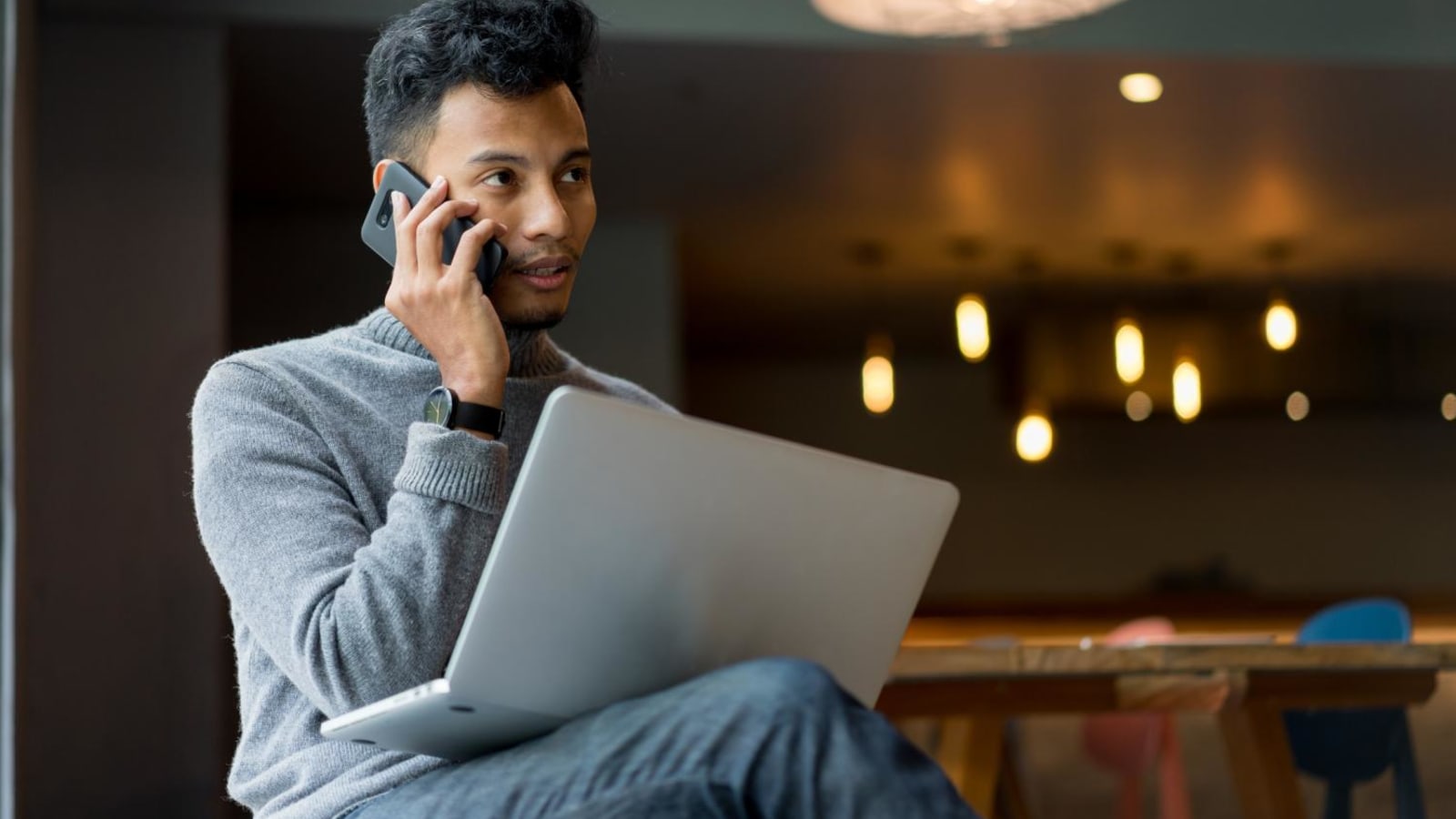 Voice notes lack the expansive brevity of an emoji, yet give us tone, tangents and the rasp of a voice first thing in the morning. The beauty of audio messages is that they are actually not like texts at all, says the Financial Times' Madison Darbyshire.
What is the legacy of BTS, the world’s biggest boyband?
23 June 2022
As they announce a break, they leave behind contradictions
Indonesia’s campaign against Islamists is a ploy to silence critics
23 June 2022
By defining radicalism broadly, it can demonise its opponents
What a giant stingray says about the Mekong
23 June 2022
The discovery of the world’s biggest freshwater fish spells hope for the struggling river
Central Asian governments fret over shrinking remittances from Russia
23 June 2022
Sanctions notwithstanding, the country remains a magnet for migrants
An earthquake kills hundreds in Afghanistan
22 June 2022
The devastated country is ill-equipped to mount a rescue effort
India Strengthens Its Position in Sri Lanka Vis-à-Vis Rival China
24 June 2022 - P.K. Balachandran
By offering support during Colombo’s economic collapse, India has widened its footprint in Sri Lanka after a decade of losing ground to China.
Understanding China’s Military Operations Other Than War
24 June 2022 - James Char
The latest trial guidelines are less ominous than comparisons to Russia’s invasion of Ukraine would make it seem.
China’s ‘Fragmented Authoritarianism’ During the COVID-19 Pandemic
24 June 2022 - Zhenze Huang
China’s pandemic response has been heavily mediated by the always-complex relationship between central and local governments.
Can Nuclear Energy Power South Korea’s Future?
24 June 2022 - Eunwoo Lee
President Yoon wants nuclear energy to catapult South Korea to carbon neutrality and international prestige. But a rough road lies ahead.
A Revived G7 Needs to Talk About China
24 June 2022 - Sophie Eisentraut
Among G-7 societies, the war in Ukraine has not only altered risk perceptions of Russia but has also triggered a reassessment of the threat posed by China.
Pakistan Economy: Trapped Between China and US
23 June 2022 - Asia Sentinel
IMF, US, offer carrots to lure Islamabad in a new direction
China’s New Envoy to Indonesia Faces Multiple Issues
23 June 2022 - Asia Sentinel
Indonesia’s biggest trade partner is also the country’s biggest problem
Korean President Moon’s Last Reform
22 June 2022 - Asia Sentinel
A self-pardoning move?
Growing Discontent Among Malaysia’s Dominant Ethnic Group
21 June 2022 - Asia Sentinel
Possibly UMNO’s gravest challenge
Cambodia Political Repression Deepens
21 June 2022 - Asia Sentinel
Mass convictions, farcical commune elections highlight continuing democratic backslide 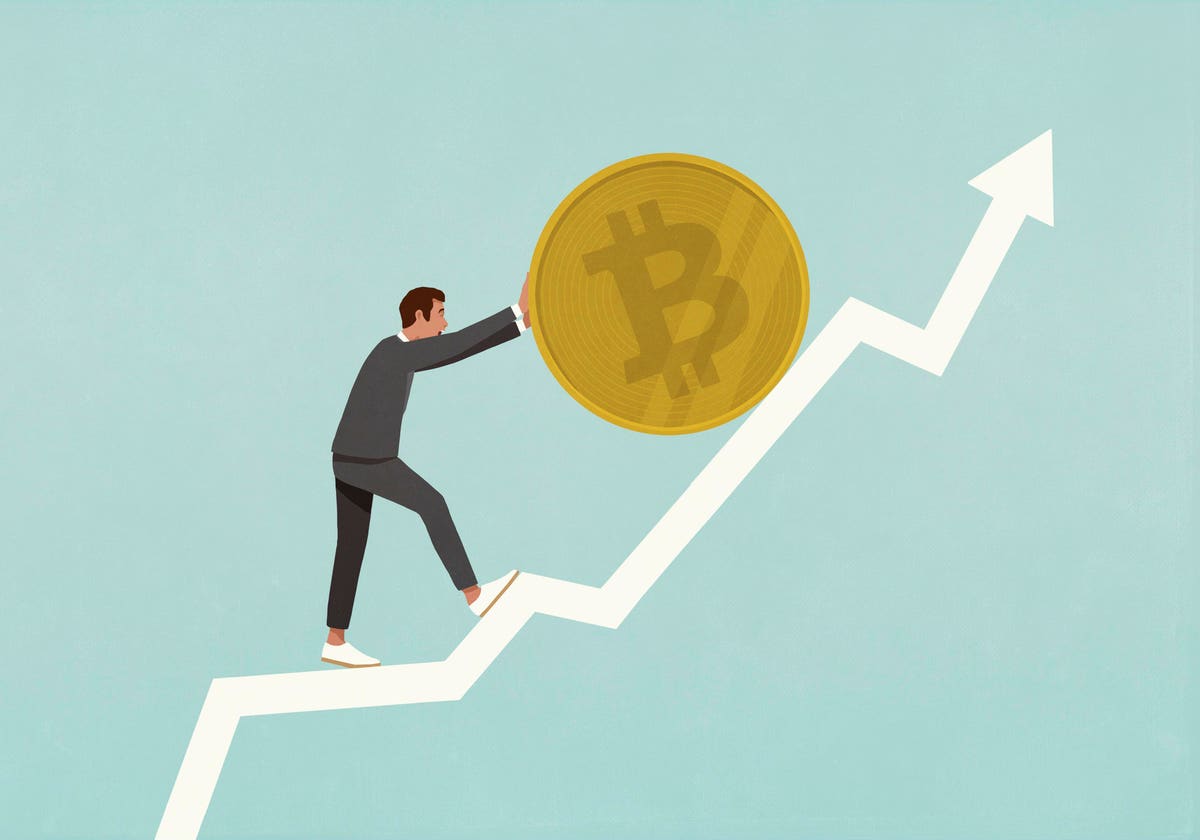 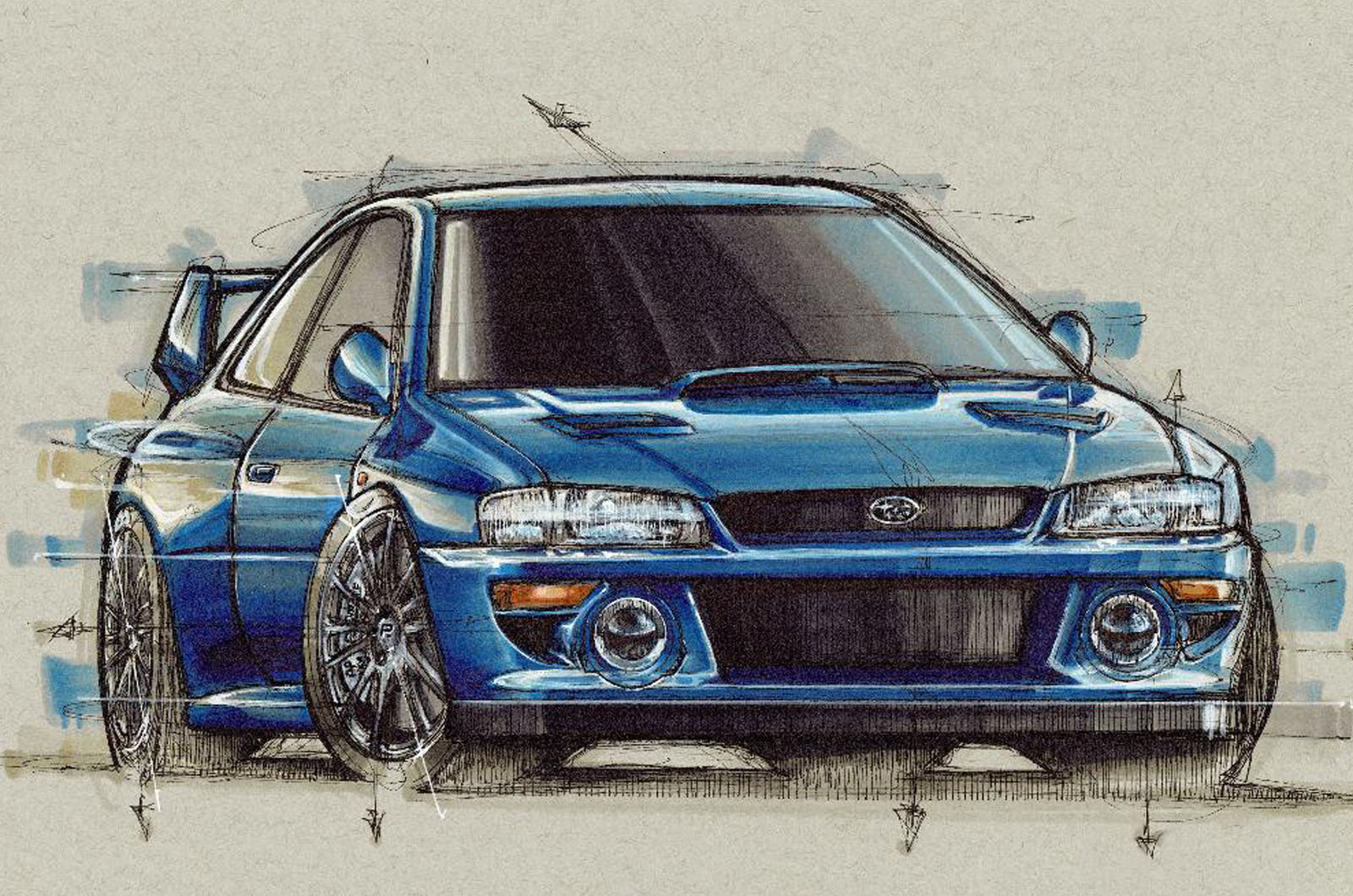 Prodrive P25 is uprated Subaru Impreza 22B with 400bhp – Autocar 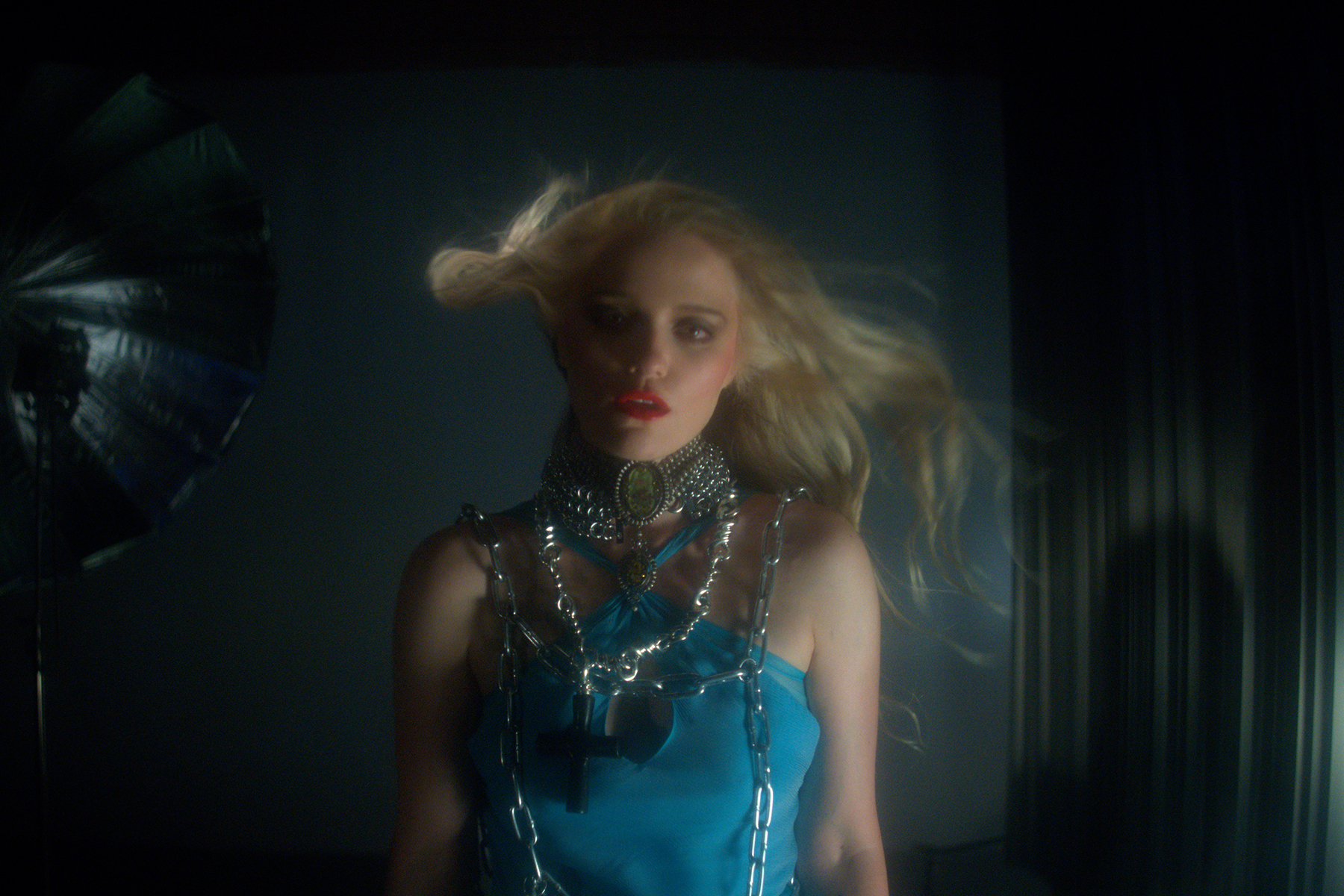